The ACES program appoints an Artist-in-Residence for ACES to work with Berkeley faculty, fellows, community partners, and students, in the integration of new media supporting the courses and collaborative relationships that constitute the engaged scholarship program of the AC Center.  The ACES AIR is integral in the development of creating dialogues with campus partners, local artists, and community leaders. 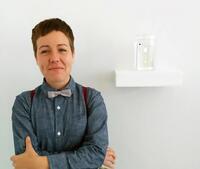 Leslie Dreyer is the American Cultures Engaged Scholarship (ACES) Artist in Residence (AIR). The AIR position exists to elevate and emphasize the importance of cultural production in social justice organizing, as well as the significance of local community members constructing the narrative that is created between the “Scholarship” and the “Community” elements of ACES.

In fall 2015, Dr. Sarah Lappas became the ACES AIR and began to develop an audio documentary of students' experiences in Music 74AC/139AC .  In spring 2016, she finalized and a documentary on student experience's in the ACES course ACES entitled 'In and Out the Rich: A Hip Hop Project and Community Partnership.' 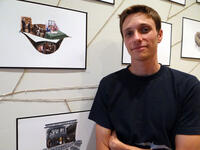 In 2014, in honor of the 50th anniversary of Martin Luther King, Jr’s, “I Have A Dream”, ACES Artist-in-Residence, Evan Bissell, unveiled a digital art media project in memorial of the celebrated speech.The project itself consists of a poignant collage of images, photographs, and abstract design streaming in sync with the words of the speech in its entirety.

The project, initiated by The Martin Luther King, Jr. Research and Education Institute at Stanford University, was created by Evan over a 10- month period.  The piece is hosted at Freedoms-ring.org.

Evan co-presented his work with ACES Director, Victoria Robinson, at the annual Imagining America conference in October 2013. Learn more about Evan at http://evanbissell.com.