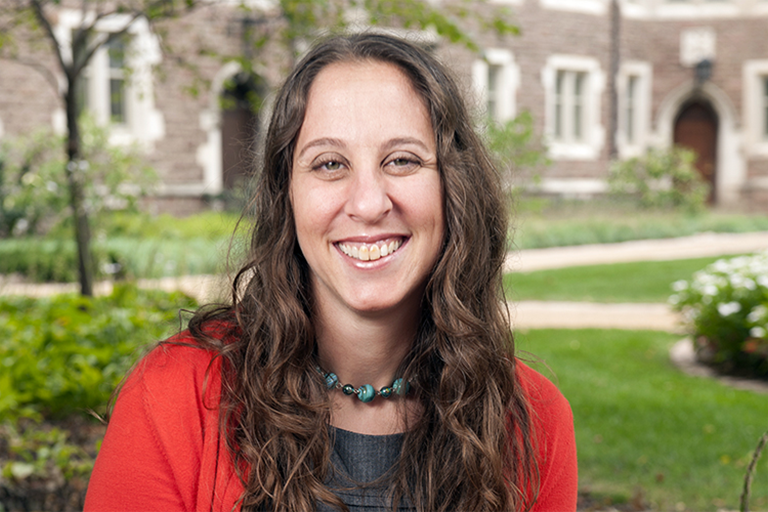 I loved learning about all the other courses and assignments colleagues were doing. I also learned a tremendous amount about course design from all the DLS and bCourses-savvy folks -- much of which aided the pivot to remote instruction this spring.
Ronit Y. Stahl

As a historian of modern America, Professor Stahl focuses on pluralism in American society by examining how politics, law, and religion interact in spaces such as the military and medicine. Her book, Enlisting Faith: How the Military Chaplaincy Shaped Religion and State in Modern America (Harvard University Press, 2017), traces the uneven processes through which the military struggled with, encouraged, and regulated religious pluralism over the twentieth century. Just as the state relied on religion to sanction war and sanctify death, so too did religious groups seek recognition​​ and legitimacy as American faiths. Her current research turns to health care and explores the rise of institutional and corporate rights of conscience. Contemporary debates over conscience rights often focus on religious refusal by for-profit businesses, yet the first federal health care conscience clause emerged from advocacy by leaders of some non-profit religious hospitals. At the same time, prior to the emergence of conscience rights, religious hospitals often framed themselves as secular, rather than religious, institutions. This book, therefore, traces how, when, and why hospitals pivoted between secular and religious identities to rethink the corporate origins of conscience rights and thus the relationship between federal funding and religious freedom over the twentieth century.

History 131C, “In the Shadow of War: A Social History of the U.S. Military”