Dr. Hatem Bazian's Asian American Studies 132AC ACES Course, 'Islamophobia and Constructing Otherness, ' was designed to help students understand and combat institutionalized racism, focusing on Islamophobia, its origins and progression, and the principle of "otherness": accepting and recognizing differences in others.

As part of the engaged scholarship component, students in this ACES course create a series of websites to inform the online community beyond the classroom of Islamophobia and institutionalized racism. Students create websites cover ing a range of topics, beginning with the origin of the term "Islamophobia" to its progression and expansion in the media, Hollywood, airports, and the law. 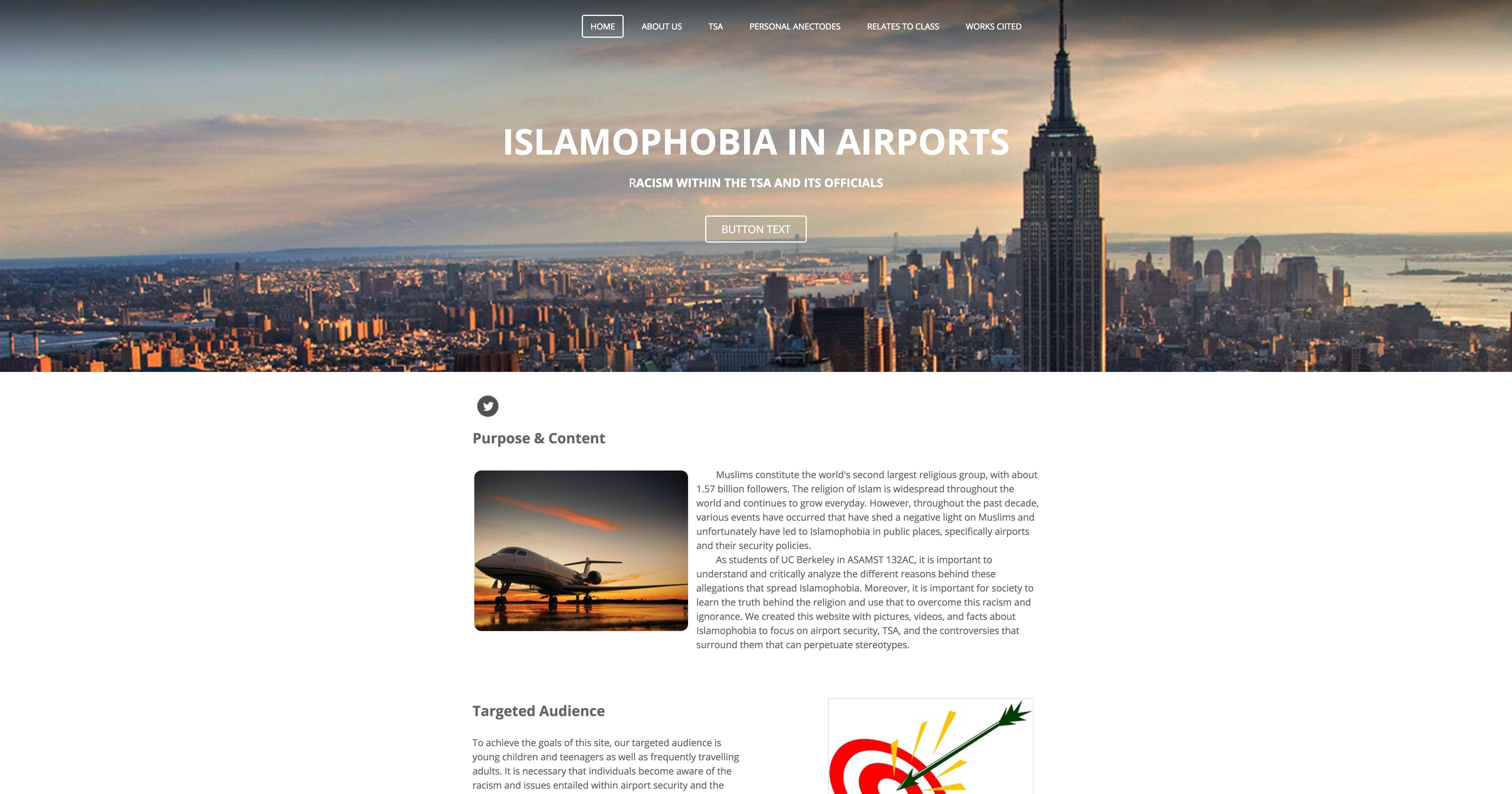